Home Cars MG Gloster – What Can We Expect 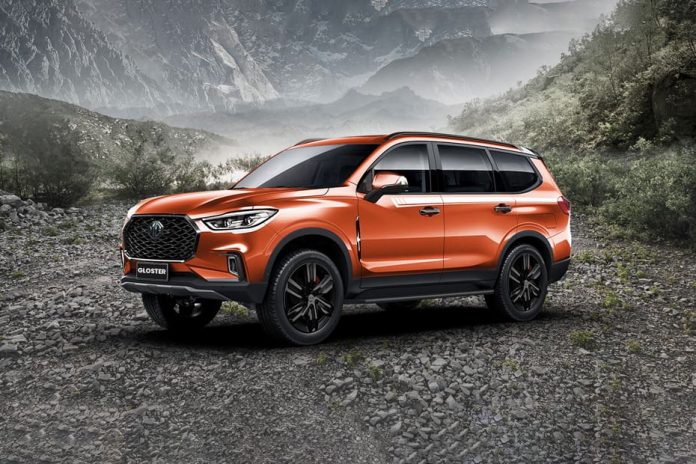 The MG Gloster made its debut at the 2020 Auto Expo in February. MG Motors India at the time confirmed that the new MG SUV will go on sale by the end of the year. That promise has been kept as the company is gearing up to now launch its fourth product in the Indian market and it is the Gloster SUV. It will be against the BMW 3 Series and many others in this price segment.

At the Auto Expo 2020, the Chinese-backed British carmaker revealed the MG Gloster SUV that will take on the likes of Toyota Fortuner, Ford Endeavour, Mahindra Alturas G4, and Toyota Land Cruiser. Ahead of its launch, the company revealed that the new MG SUV will be equipped with Auto Park Assist making it India’s first Level 1 autonomous premium SUV.

The all-new Gloster will be the first SUV in its segment to get 64 ambient lighting feature. The SUV sports a simple yet imposing SUVish design that is highlighted by a massive grille upfront, projector lens headlamps, LED DRLs, distinctive wheel arches, 18-inch alloy wheels, and LED taillights among others. The MG Gloster SUV is based on the ladder-frame chassis and measures 5,005 mm in length, 1,932 mm in width and 1,875 mm in height, with a wheelbase of 2,950 mm.

With its twin-turbo diesel engine, 8-speed automatic, 4WD, ADAS and a lengthy features list, the Gloster will look to carve out a space of its own, a little above the current crop of ladder-frame SUVs. Expect MG Gloster prices to be in the range of INR 40-45 lakhs when it is launched by Diwali this year.

Top 5 Motorcycles That Are Made In India