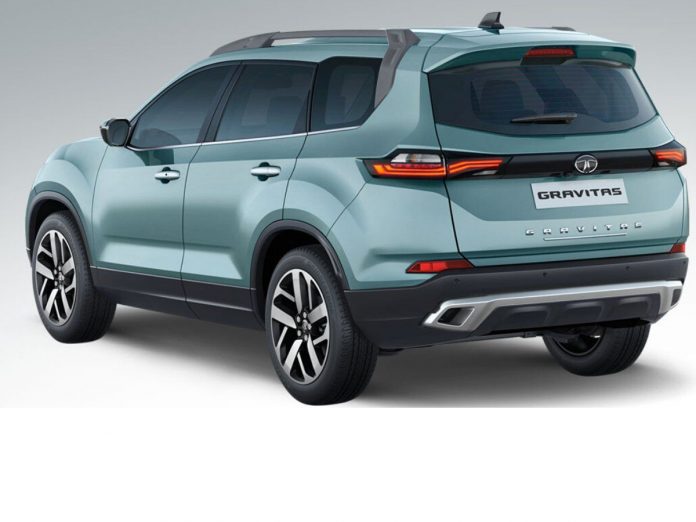 The Tata Gravita is the upcoming 7-seater SUV from the home-grown automaker, and it was first revealed at the Tata Buzzard at the 2019 Geneva Motor Show. The SUV made its India debut as the Gravitas at the 2020 Auto Expo and it’s built on the same OMEGA Architecture as the Tata Harrier. It is in other terms, the 7-seater Tata Harrier.

The delay in the launch of the all-new Tata Gravitas should not come as a surprise to any reader. We can blame the ongoing pandemic, and as a result, Tata Motors has chosen to focus on sales of its current line-up rather than invest its energy and resources into an all-new product for now. Even suffering from ongoing supply chain constraints, Tata Motors has decided that it it just not the right time for a new launch.

Tata Gravitas features a 1998 cc, BS6-compliant 2.0-litre FCA-sourced turbo diesel engine, that outputs 170 PS of power and 350 Nm of torque. The engine is mated to a 6-speed manual and a new 6-speed automatic transmission sourced from Hyundai. It has a 15-litre AdBlue tank which can be accessed via the boot floor just like the Harrier. In terms of dimensions, the Gravitas will be 4661 mm long, 1966 mm wide, and 1786 mm tall. The new Tata 7-seater will be 63mm longer, 72mm wider, and 80mm taller than the Harrier.

On the exterior, the Gravitas SUV builds on Tata Motors’ new Impact Design 2.0 philosophy similar to all recently launched vehicles from the company, including the Harrier. This means upfront the SUV will get the same humanity line grille, flanked by slim LED daytime running lamps, while the large headlamps with projector lights housed below, alongside the fog lamps. The profile of the SUV is where we see some noticeable changes, like the new quarter glass and the beefier D-pillar, large roof rails, redesigned windows and glossy black ORVMs, and get a stepped-up roof to make adequate headroom for third-row passengers. It also gets new alloy wheels, the same as the ones we saw on the Buzzard concept. The rear section of the SUV will also be slightly different compared to the Harrier with a larger roof-mounted spoiler, a larger rear windscreen, redesigned tail lights with different LED signatures, and a larger tailgate and a beefier rear bumper.

At the interior, The Gravitas shares most of its features with the standard Harrier. It includes 8.8-inch touchscreen infotainment with pre-installed Android Auto and Apple CarPlay, a 9-speaker JBL sound system, automatic climate control, terrain modes, drive modes, cruise control, a colored multi-info display, as well as keyless entry with push-button start. It also packs in a sunroof.