Home Cars Why There Are Not Many Hydrogen Fuel Cell Cars? 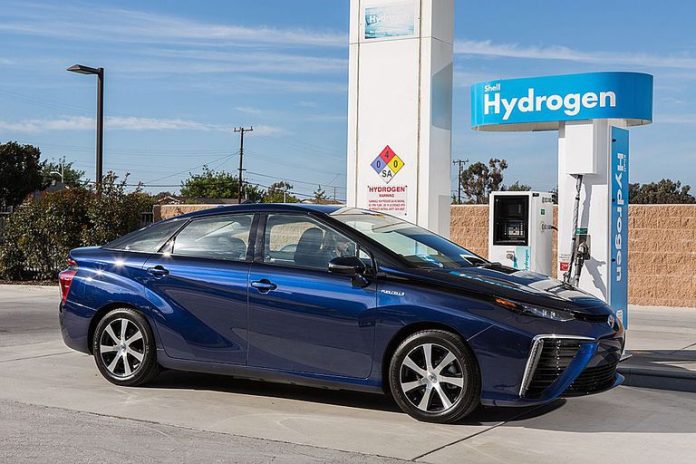 Hydrogen is the most abundant element on the Earth and the pollution caused by hydrogen is least because the burning of hydrogen as fuel only produces water vapors and it’s as harmful as oxygen to the environment. But, then why are we seeing a very smaller number of Hydrogen Fuel Cell cars on the road? Most manufacturers are experimenting with the technology and some have started producing small numbers of vehicles, but we’re still years from a mass roll-out.

A decade ago, it seemed like there were two potential contenders to replace fossil fuel for personal transportation – electricity and hydrogen. The hydrogen option had a lot going for it. You could fill your car up just like fossil fuel, but instead of noxious gases coming out of the tailpipe, the exhaust would just be pure water vapor. But ten years later, it’s very clear that battery electric vehicles (BEVs) are dominating the shift towards more environmentally friendly transport instead.

The growing uptake of electric vehicles as the green alternative – with sales of pure EVs rising by 37 percent year-on-year, it’s easy for manufacturers to prioritize EVs over lesser-known tech. Another reason is infrastructure. The clichéd analogy is the chicken-and-egg dilemma, but it rings true here. If there is nowhere to refuel a car, why own one, and if there are no cars around, why build refueling stations?

According to reports, By the end of 2019, only 7,500 hydrogen fuel cell cars had been sold around the world. But by the end of 2019, there were already over 5 million plug-in electric vehicles (PEVs) globally, and sales have been accelerating considerably since then.

There are many safety concerns with HFC(Hydrogen Fuel Cell). Recently, there had a chemical plant producing hydrogen in Santa Clara exploded, leaving FCV users in California short of fuel, but just a few days later are fuelling stations in Sandvika, Norway also went up in flames. These incidents are proof that using HFCs are dangerous.

However, safety concerns are not the main reason why hydrogen is a far inferior option for personal transportation than battery electric vehicles (BEVs). If one of your main goals is to save the planet, BEVs are considerably more energy-efficient than hydrogen fuel cell vehicles (FCVs), when you take into account the whole series of steps between power generation and propulsion.

With a BEV, once the electricity is generated – hopefully from a renewable source – the supply of this to your vehicle charging location loses about 5%. The charging and discharging of the battery then lose another 10%. Finally, the motor wastes another 5% driving the vehicle. That makes for a total loss of 20%.

With hydrogen fuel cell cars, however, you first have to convert the electricity to hydrogen via electrolysis, which is only 75% efficient. Then the gas has to be compressed, chilled, and transported, which loses another 10%. The fuel cell process of converting hydrogen back to electricity is only 60% efficient, after which you have the same 5% loss from driving the vehicle motor as for a BEV. The grand total is a 62% loss – which is three times more.

Can Hydrogen Fuel Cell Cars Be A Reality?

The BEVs can be useful for private purposes but for public transport as Trains and Buses, it is not as useful as FCVs. For example, not ideal for a commercial vehicle that needs to run for very long periods and distances with only short waits to refuel. The weight of batteries for eight hours of continual usage would also be prohibitive on a train.

It’s likely that FCV energy supply-chain efficiency will be improved over time and more renewable energy sources used in hydrogen production. However, considering the number of BEVs already on the road, FCVs have lost this battle already and will never catch up.

Check out hybrid cars and their benefits.

MG Gloster – What Can We Expect