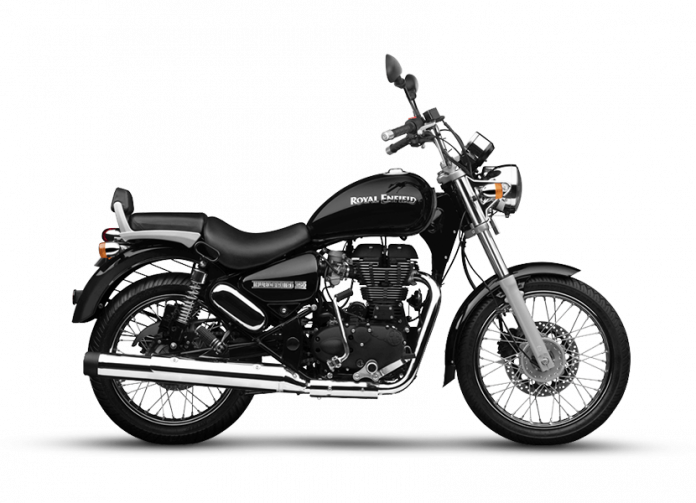 The popular Royal Enfield Thunderbird 350 is getting replaced by the new Meteor 350. The new Royal Enfield 350 series bike will be launch sometime next month. The upcoming Royal Enfield Meteor 350 has been spotted on the test ahead of the bike’s launch. And from what we can see from the latest spy shot, the Meteor 350 seems to be almost ready to be rolled out.

Enfield has already confirmed that it has exhausted its BS4 stocks and is only selling BS6 units from March 21, 2020, which hints at the probable demise of the Thunderbird name. With the BS6 upgrade and other new features, Meteor 350 is expected to be priced a bit higher than the Thunderbird 350. The expected prices to be in the range of INR 1.5 lakhs to 2 lakhs.

The Royal Enfield Meteor features the new 350 cc engine is BS6 compliant and comes with a fuel injection (FI) system. Meteor’s engine details are yet to be revealed, but power and torque are expected to be close to that of the existing 350 cc engine. Instead of having push-rod actuated valves, the new engine is expected to employ a single overhead cam (SOHC) and is expected to be more free-revving and refined than the 350 cc UCE mill of the Bullet 350 and Classic 350.

Being the first bike based on the new J-platform, the new Royal Enfield Meteor 350 is seen sporting a new frame as well as a new motor. Talking about the brakes, there are disc brakes at both ends. It is likely that Meteor 350 will be offered with dual-channel ABS as standard.

The Meteor sustain the brand’s retro design along with groovy style elements. It features a larger sculpted fuel tank, a round-shaped headlamp, taillamps, and turn-signal indicators. The low-set turn indicator assembly at the rear adds to the groovy-looks. Riders can also expect comfortable rides, as the motorcycle comes with broad seats and a relaxed riding stance.

Meteor 350 will go against the likes of Bajaj Dominar 250, and Jawa Forty Two BS6. Hopefully, we can see the launch of new Royal Enfield in the next month of September. As per the leaks, it is pretty sure that the motorcycle is ready for the launch.

Ducati Is All Set To Launch Its New Sportbike In India