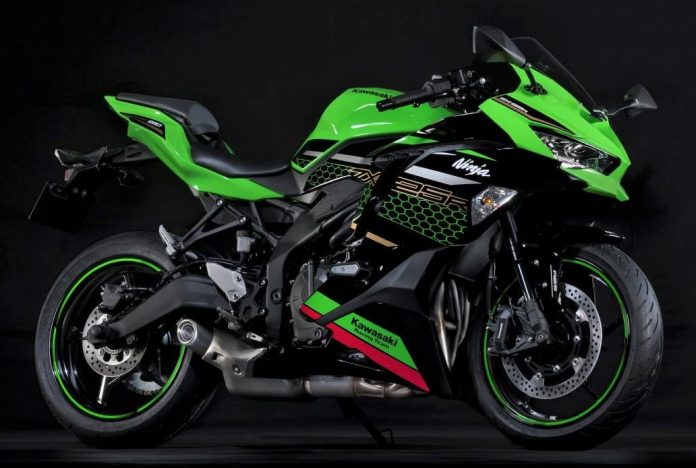 The Kawasaki Ninja ZX-25R is one of the most hyped motorcycles from the Japanese company in recent times. The excitement of a 250cc four-cylinder screamer’s return after a gap of over two decades.

Now the owner of the valuable ninja series motorcycle has released the pricing of its latest ninja ZX-25R motorcycle, the initial post on the website has now been taken down, but the social media post is still live on the Kawasaki New Zealand Facebook page. This post quotes that the bike will be priced at NZ $15,990 (without registration charges), which works out to INR 7.9 lakh at the exchange rates. The company has started accepting pre-booking on the bike internationally. Its deliveries are slated to begin in December this year.

The official specifications of the motorcycle are still undercover. What’s known is that its 250cc, 4-cylinder engine is said to produce power in excess of 45 PS. Other than that, the bike comes loaded with some high-end features and equipment such as Showa SFF Big Piston USD adjustable fork, horizontal backlink adjustable rear suspension, Quickshifter, ABS, Power modes, and Traction control.

However, beyond just local demand in the aforementioned Asian markets, it’s quite probable that Kawasaki has also built this bike to rule in the 250cc category at the Asian Road Racing Championship (ARRC). As of today, the highly popular ARRC is dominated by the parallel-twin-powered Yamaha R25 and Honda CBR250RR, both bikes which are largely sold only in the Asian region.

In March, Kawasaki had revealed the Ninja ZX-25R race version. The new race bike will be used for the brand’s One-Make Racing Championship which is expected to commence in Japan in 2021. Kawasaki is also considering organizing a demo race later this year.

Kawasaki New Zealand mentioned that the ZX-25R was primarily developed for markets like Indonesia and Japan. That raises the question as to whether it will also be developed to meet Euro 5/BS6 emissions norms, something necessary for sale in Europe and India.

Check out our post on budget-friendly sportsbike.
Also , check out upcoming motorcycles.

Coming Soon: Upcoming Motorcycles To Be Launched in India