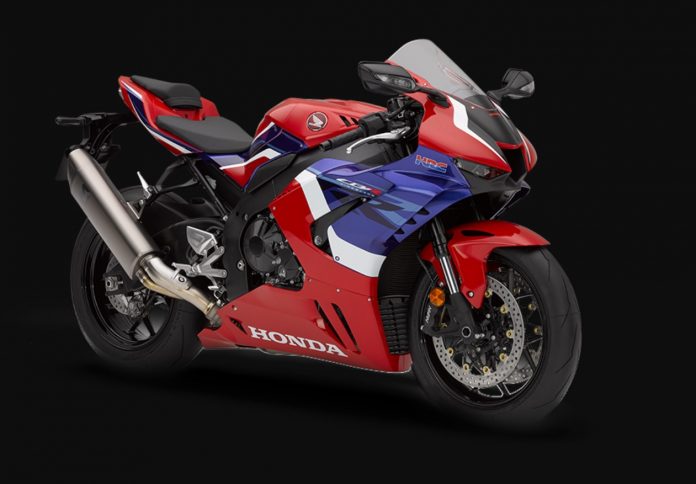 The booking of the Honda CBR1000RR-R Fireblade, a famous sportbike from the Japanese motorbike legend has been started in India. Honda’s CBR sportbike journey started from the year 1992 with a 900cc engine. Back then in 2004, Honda started manufacturing CBR1000R that was featured with a 998cc liquid-cooled inline four-cylinder engine, as the 7th generation of the CBR series. Now, it has been 16 years but both the public’s craze and the Honda’s advanced technology always been at the front seat and growing at the full speed.

Recently, the Japanese motorbike manufacturer has unveiled the latest CBR1000 model, that is, the Honda CBR1000RR-R, and begin its online booking due to the ongoing pandemic. Also known as “Fireblade” in some countries, including India, in the domestic market, it will sell as the CBR1000RR-R Fireblade. The pricing of the Honda CBR1000rr-r is expected to be INR 17.41 lakh.

There are two variants of the motorcycle, CBR1000RR-R Fireblade And CBR1000RR-R Fireblade SP unveiled at the Milan Motorcycle Shows. Both the sportsbikes feature the 1000cc Liquid-cooled 4-stroke 16-valve DOHC Inline-4 that outputs 217.5 PS power at 14500 rpm and 113 Nm torque at 12500 rpm. The engine is mated with a 6-speed transmission gear. The top speed of the sportsbike is 320 km/h, thanks to the powerful engine. It can go from 0 to 97 km/h in just 2.3 seconds, and that is really quick. The fuel economy is 16kmpl and it’s something that does not really disappoint. If we talk about the brakes, there are 330mm disc with radial-mount 4-piston Nissin caliper and 330mm disc with 4-piston Brembo caliper at the front wheel, whereas, the 220mm disc with 2-piston Brembo caliper at the rear wheel. The brakes are connected with a 2 Channel ABS System.

The design of both the variants in terms of the engine, handling, and aerodynamics is focused on sheer track performance. According to the Honda website, “The fact that the engine and chassis technology of the RC213V-S ‘street-legal MotoGP machine’ and the aerodynamics of RC213V MotoGP bike has been used in creating these machines leaves no doubt of what they could achieve on the tarmac.” The color options available are Grand Prix Red and Matte Pearl Morion Black. The Honda CBR1000RR-R Fireblade features a customizable high-resolution TFT screen, we can choose from a menu of screen setting options that display the information you want in a format you prefer, with items like engine temperature, riding modes, speedometer and tachometer, shifter setting, ABS level, gear position, remaining fuel, and much more.

How Can You Put a Child Seat on a Full Suspension Bike?