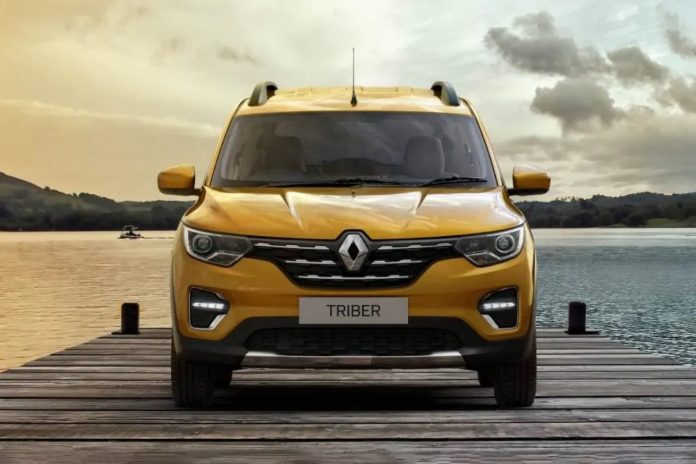 Renault Triber was launched the previous year in and recently its updated BS-6 compliant version is launched and with this updated version Renault also launched an AMT option dubbed as the EASY-R AMT. But there is a catch, the recently launched AMT option is INR 40000 dearer to the manual option. The AMT is offered in all variants apart from the base-spec model.

So, first we mention some specifications and features of the Renaut Triber, then after there will be our views on the new Triber.

The Renault Triber features a BS6-compliant, 999cc 1.0-litre, 3-cylinder ‘Energy’ dual-VVT petrol engine. It outputs 72 PS of power at 6250rpm and 96 Nm of torque at 3500rpm. The engine is mated to a 5-speed manual transmission. The company claims a fuel average of 19kmpl. There is a news in the market that Renault will soon be introducing a more powerful 1.0-litre turbo-petrol engine with the Triber, probably by the end of 2020. If we talk about the brakes, there is drum brakes are present on the front and the rear wheel with the ABS technology.

The dimensions of the Triber is as follows, 3990 mm in length, 1739 mm in width, and the height is 1643 mm. The fuel tank capacity of the car is 40 litres, and the engine is a Multi Point Fuel Injection engine, that is pretty good.

Honestly, the Renault Triber does not have many features but it has enough features that are present in the sub 5 lakhs price domain. The most notable and biggest feature is that the car is a 7-seater under INR 5 lakhs, which is very uncommon.

On the exterior, it has a very beautiful design. On the front fascia, it sports the triple edge chrome front grille and the projector headlamps with LED DRLs. At the rear side, Triber is having a unique design of the taillamps, Renault called them as Eagle Beak Split tail lamps and also features skid plates to protect the car and make it more beautiful. It has a boot space of 625 litres.

In the interior, the higher models consist of an 8-inch MediaNav touchscreen infotainment system with Android Auto and Apple CarPlay. It also features a stylish dual-tone dashboard with silver accents. The AC vents for the second and third-row seats are available on the higher models. The Triber features a modular seating arrangement, making it one of the most versatile cars under Rs 10 lakh.

First we mention the pros :

Second we mention the cons :

So, the final verdict is if you are not interested in diesel cars and satisfied with the less powerful engine then you should go for the Renault Triber. But if your requirements are not satisfying from the specifications of the car then you have no alternative then the petrol engine.

Check our other review of Suzuki Gixxer SF.
Also, check out the list of the Top 5 BS-6 cars.