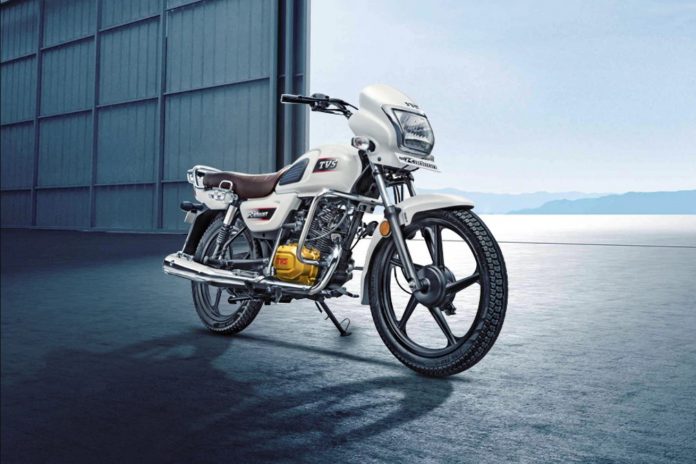 The TVS Radeon was launched way back early but since then it is one of the dominating motorcycles in the Indian market. As it is liked by the majority of the national population. As a result, it is upgraded to the BS-VI version and has won the prize of the commuter bike of the year.

The TVS Radeon features a 109.7cc single-cylinder carburetted motor that outputs 8.2 PS of power at 7000 rpm and 8.7 Nm and at 5000 rpm. As usual, the engine of the Radeon is mated with the 4-speed manual transmission gear. The fuel tank capacity of the motorcycle is 10 litre and the average of the new TVS, as claimed by the company, is 69 kmpl.

The TVS Radeon does not revamped its body design. The addition of the new disc brakes on the front wheel, new chrome rear view mirrors, and new metallic levers. There is also a upgrade in the seat, now there is a premium version of the seat and the petrol tank get its cushion styling and cover in this latest version.

Check out the lists of Best Motorcycles under INR 50000 and upcoming motorcycles.
If interested in Sportbikes then, check out Honda CBR1000RR-R.