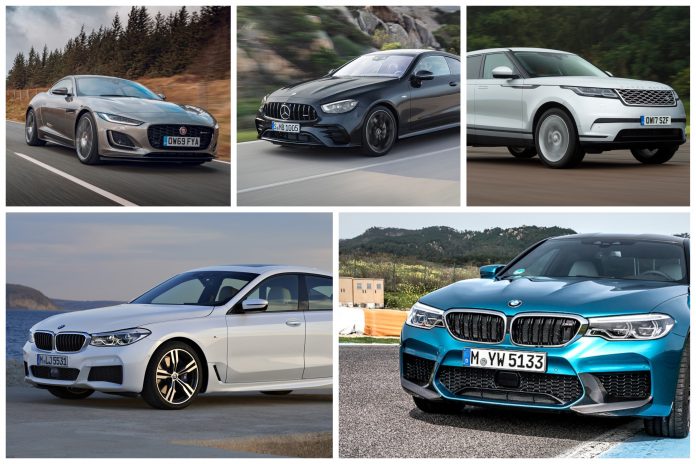 Luxury cars are everyone’s favorite and why shouldn’t they be. After all, they provide an increased level of comfort, equipment, quality, performance, and status relative to regular cars for an increased price. Here, we present to you the list of 5 of the best luxury cars available in India.

This German automaker launched its tenth generation of E-class in India at a starting price of INR 59 lakhs. It now comes with the BS-6 compliant engine. There are two variants of the Mercedes-Benz E-Class launched,  E 200 and E 220 d, and the two trims are: Exclusive and Expression. Talking about the engine, the E 200, features a petrol engine that outputs 197PS and 320Nm of torque, and the E 200 d, features a diesel engine that outputs 194PS and 400Nm of torque. Both these engines come with a 9G-Tronic transmission.

Other features include, the Infotainment system is built-in even easier, clearer, and more user-friendly thanks to customizable tiles with live content. The color options include White, Silver, Blue, and Burgundy Red.

The former British automaker, now owned by Tata Motors, launched in India at a starting price of INR 95 lakhs. There are four versions available: Standard, R-Dynamic, First Edition, and R. There are three engine variants are available: P300, P450, and P575. Talking about the engines, the P300 is a 2.0-litre turbo-petrol producing 300PS and 400Nm torque, the P450 is a 5.0-litre supercharged V8 delivering 450PS and 580Nm torque, and the P575 is a 5.0-litre V8, but produces 575PS and 700Nm torque. All of these engines are mated with an 8-speed automatic gearbox.

The German automaker makes its the second appearance and it is available at the price of INR 1.5 crore. It is available in three versions, the M3, and the M4, and the M5. The M5 versionof the car is equipped with a powerful 4.4-litre V8 twin-turbo engine, that outputs the massive power of 600PS and a peak torque of 750Nm. It is mated to a new 8-speed automatic transmission.

Check out the upcoming cars in India.